The unbearable loneliness of dental failures

It was a very standard implant surgery, bone was enough, CBCT was done, Nothing neglected.

I did with a firm hand an incision in the top of the keratinized tissue, I sculpted my flap, drilled my holes and placed two implants.
Torque around 50 newton, great stability, Placed healing caps and sutured everything.
Everything was fine ..maybe not, The patient after 3 days started complaining about a lingering pain in that area, I practice from 20 years now so I hear everyday complaining patients about oral pain so, unless I have some doubts, I am quite unsensitive to these kind of reports.
I reassured him that was normal part of that kind of surgery, gave more pain killers and immediately moved my mind to another task.

After one week pain was still there, still persistent, Patient showed a certain degree on anxiety talking on phone so i asked him to come to the office for a check up, I did a cbct again in order to check the implant placement …fine. No signs of anything, no infection, nothing at all .
Moved to stronger painkillers and reassured the patient ….just in order to make him feel more quiet I gave him my my mobile number .

Sunday.
Patient called, he was not able to bear the pain despite the strong painkillers I gave him, He was already on tramadol by several days going up in dose every day, He literally prayed me to remove these implants..his voice was excruciating, I said yes.

Got to the office in the silence of Sunday, nobody around there obviously, I switched on some equipment, got ready the anesthesia. Patient came in,
I did the injection, a simple buccal injection and some drops lingually and took the ratchet for remove these implants …it was a matter of seconds in my mind, just unscrew and after with a manual screwdriver remove them, Really…

As soon as I put the ratchet on the head of the first implant patient moved away whimpering, He started shaking, His mandible doing short quick movements up and down Anesthesia didn’t work. I did another cartridge buccally and lingually, arthicain.

I tried to unscrew, I did half a turn before the patient again whimpered back in the dental chair.

I reassured him that now I would have scaled up anesthetic in order to get rid of the pain.

I did a IAN block with the conventional technique, I spent few mins and, to be safe, I added another cartridge with a different axis, a GOW Gates Injection …I do both of these when I deal with irreversible pulpits on lower molars with great success, so I was really confident to be successful.

Lip well numbed, tongue too …numbness in his mid face .

I took the ratchet, went on the second implant, unscrewed a turn and again unbearable pain .

I had performed in the past already Endodontics treatments, extractions on this guy and he was anything than a guy easy to complain .

Both implants were loose now, torque gone..I used the manual screwdriver and did another turn …pain.

We went on doing a turn inflicting pain and waiting a few mins to recover from pain between any single attempt .

45 mins of hell and sweating later we did it ..

Patient went home, I literally felt on a chair…I was mentally exhausted.

I felt a sense of shame like a burning pain, Not guilt: guilt is what you feel when you do something wrong, this was shame : I was what was wrong….didn’t I recognize somethign important in that surgery ?!? I went over and over on my memory trying to collect any small strange detail…
Not to be able to give a good explanation I started becoming plagued by self doubt.

The day after I had to do again an implant surgery, again an easy one.
I started doing the flap as usual, my hands were firm as usual, yet my hearth rate was not the usual one …it was up .
I was clearly feeling the blood pumping in my head ..almost like a headache backed by the sound of a drum playing inside .
I started imagining new complications…everything was fine but my mind was desperately looking for any sign of anomaly than may lead to any complication or failure.
For few instants my desire has been to put down the surgical instrument and stop .
It ’s painful to accept the limitations of our knowledge, the feeling to be out there working like naked, without the warm cloth of the certainty .
Yet I recognize that this fear is what makes me still after 20 years think before doing, analyzing things when something goes wrong, this is what makes me empathic with the patient and makes me human.

Feeling nothing in these situations, covering what has happened under a thick layer of denial, that the fault is somewhere else is even worst, These makes us cold machines but unable to learn something, fucking stupid machines.

When I read about aviation where the rate of fatal mistakes has been raised to one every 1,4 millions, or to bank transactions where the mistake rate is negligible I feel a loser .

Yet I acknowledge that this is my game field, I didn’t the rules, I am just a player trying to do my best,

What makes everything tough to sustain yet is that most of us dentists live in a small private yet isolated microcosm, our dental office,

In most of the cases when we are in the operators with the patient and we struggle we raise our eyes and we see only the assistant’s ones unable to help .
When everything finish and the patient is away we are left alone with our feeling of shame and our questions …questions left unanswered.

We go back home but nobody really understand our small damned world, nor our family, nor our friends…we are alone .

Each one of us alone in its struggle, you connect online to find answers and you find yourself overwhelmed by an ocean of facebook cases of utter perfection .

Complications don’t exist, this is the message .

And today i am here just to day that I have…I had …and I will, you’re not alone and because it’s feeling alone the worst thing I ve just an advice . 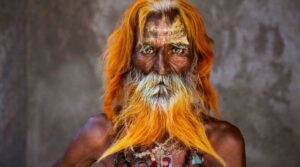 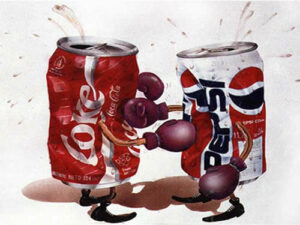 The Paradox of choice in dentistry 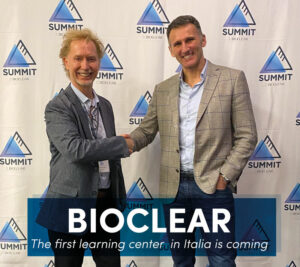 Coming back home with great NEWS

The Paradox of choice in dentistry

Coming back home with great NEWS

Tomorrow Tooth, the “other voice” of dentistry.

Become part of our community, over 70,000 members specialized in the field of dentistry

We use cookies on our website to offer you the most relevant experience by remembering your preferences and repeating the visits. By clicking "Accept" you consent to the use of ALL cookies.
Accept Read More
Manage consent

This website uses cookies to improve your experience while you navigate through the website. Out of these, the cookies that are categorized as necessary are stored on your browser as they are essential for the working of basic functionalities of the website. We also use third-party cookies that help us analyze and understand how you use this website. These cookies will be stored in your browser only with your consent. You also have the option to opt-out of these cookies. But opting out of some of these cookies may affect your browsing experience.
Necessary Always Enabled
Necessary cookies are absolutely essential for the website to function properly. These cookies ensure basic functionalities and security features of the website, anonymously.
Functional
Functional cookies help to perform certain functionalities like sharing the content of the website on social media platforms, collect feedbacks, and other third-party features.
Performance
Performance cookies are used to understand and analyze the key performance indexes of the website which helps in delivering a better user experience for the visitors.
Analytics
Analytical cookies are used to understand how visitors interact with the website. These cookies help provide information on metrics the number of visitors, bounce rate, traffic source, etc.
Advertisement
Advertisement cookies are used to provide visitors with relevant ads and marketing campaigns. These cookies track visitors across websites and collect information to provide customized ads.
Others
Other uncategorized cookies are those that are being analyzed and have not been classified into a category as yet.
SAVE & ACCEPT
0
0
Your Cart
Your cart is emptyReturn to Shop
Continue Shopping
Apply Coupon